Mum has now lived with me for half a year.

I was up at 7 today and once Penny, Jafer and Bea were up I made breakfast and then washed mum’s hair. By and large she co-operated and tomorrow I will try and get her hair cut. She was a bit clingy this morning and sat with me whilst I did stuff on the computer.

I left the house at midday to meet John who had travelled to Hastings to meet up with me, we went to a cafe in the town centre for a cup of tea and then Fagins in the Old Town for lunch and then back home for a cup of tea and shamali. It was good of John to come so far and good to catch up, he’s just started a new job and it’s going well.

After I dropped John off at the station I came back with mum and we sat and watched tv with Jafer and Bea until they left. Mum is tired tonight and went to bed after 8.

I saw Keir Starmer on breakfast telly yesterday and I was quite impressed. I don’t trust Jess Phillips and I’m not sure about Lisa Nandy either although I hear she presented her arguments well at a meeting with MPs during the week. Phillips is brash and quite vulgar in her language which is fine but I don’t appreciate her telling Corbyn she wouldn’t stab him in the back but in the front in the first meeting with MPs he had after he became leader. I think she has some talents and should be in the Shadow Cabinet but not a leader.

Up at 7 and we got mum ready and to the hairdressers for a much needed cut. After which we went to a friends for lunch. There were a few too many steps, first to the front door and then to the living area of the house but mum managed it. Afterwards we picked up some bits from Tesco’s (medication) and Sainsbury’s (gloves) and came home and had a cup of tea and cake. I found an old episode of Minder to watch but Dennis Waterman wasn’t in it so it didn’t feel right. I then phoned BT and knocked £20 a month off our phone and broadband package. I’m getting a sim card to put in my mobile too. It took ages to get through and because initially I kept rejecting their offers the rep put me on hold whilst he spoke to his manager and came back. What am I supposed to do with up to 20 gb of data on my mobile? I barely get through 1 gb of the 2 gb I’m paying for now. This evening mum was tired and went to bed before 8. She’s improved with taking her medication the last few days but she did miss one today. It’s very windy tonight and the window frames at the front of the house are rattling. Mum’s room has double glazed windows so no problem there.

Up at 7 to get myself and mum ready before I went to the office. Came home for lunch and chatted to Sevda who is planning to carry on caring for mum which is good news. I had a meeting in Bexhill this afternoon and I wrote it up and posted out minutes before the end of day as well as uploading all the info to client records. Mum in a good mood when I got home, we went out in the cold and wind to buy a few bits after supper and she sat up and went to bed about 8:45. All medication taken today.

A day at work, I left to pick up a colleague on the way to Eastbourne. The meeting continued until about 12:30. I then spent the afternoon in the office getting on with administrative tasks. I got home at 5, mum was not having a good day but she improved for the evening. But absolutely refused her medication countless times before going to bed about 8. And only took the morning ones at lunchtime.

I have a temporary phone number until BT migrate my old number across from Giff Gaff. I therefore enjoyed not being contactable by phone or text today. I don’t know if when my old number is working I will see any calls or messages sent since last night.

Up at 7 and breakfast early as I thought mum’s mood might be improved by food. We then got up and did our weekly shopping before getting back for lunch. I’m very tired today, and my mood is affected by my tiredness. I took it a bit easier in the afternoon and mum’s mood was better. She went to bed before 8 but then came back in the lounge and went back to bed at 9.

What’s the point of Nicholas Witchell? This BBC reporter who gets called in every time the royal family are in the news irritates me intensely with the way he speaks in hushed tones whenever referring to anyone in the family. For god’s sake, they’re not superhuman, they were born with two legs etc. just like you, why prostate yourself verbally every time you open your mouth?

Up early and off to work for 8:30 before finishing at lunchtime as Penny was going away to spend a few days with her mum. Sevda was filling in between Penny going and me arriving. Mum took her morning meds by lunchtime and refused the evening ones altogether. Her appetite is all over the place at the moment, being very picky with dinners but enjoying sweet dishes. I took mum out for a drive in the afternoon and then we came back and her mood was up and down for the rest of the day before she went to bed after 8.

Up 7:30 and helped mum up, did some shopping, cleaning and baking before Peri and Funda arrived at 2:30. Just in time to watch Palace away to City. As usual, mum was our lucky mascot and another great team performance saw us gain a point after being ahead for a good part of the game. Cenk Tosun, our Turk on loan from Everton got us off to a great start by heading a goal, not ‘headering’, there’s no such word in my dictionary although I did hear Ian Wright say it on Match of The Day. What better way to celebrate than go out for a Turkish meal so we went to Bexhill to the Olive and Coal 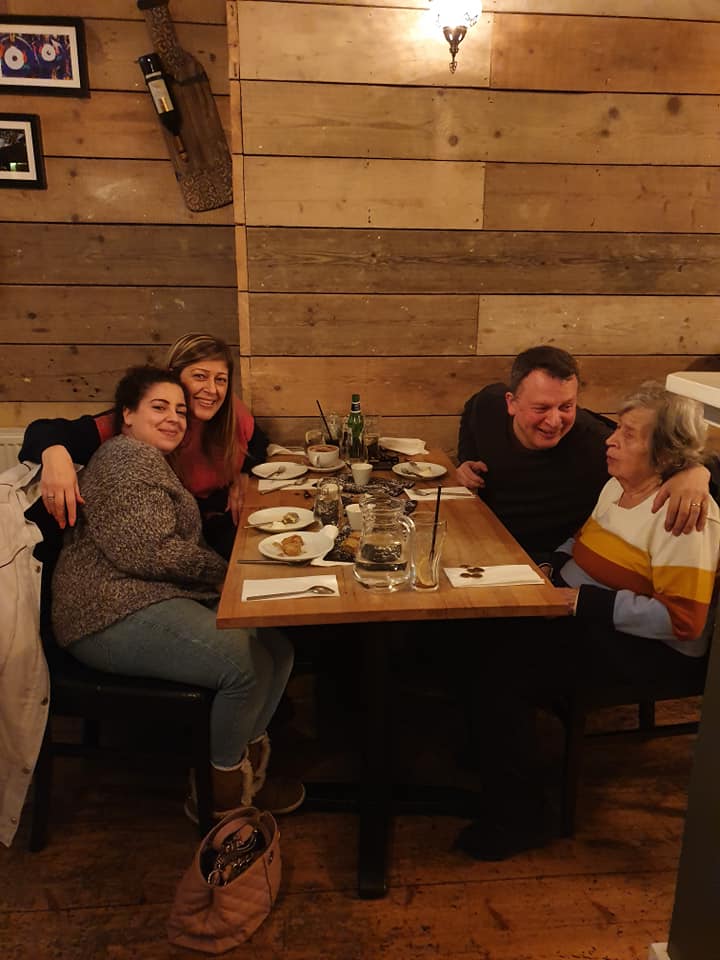 and then back to the house to eat crisps, nuts and chocolates and chat. Mum off to bed about 9 pm.

This, apparently is what I will look like when I’m older. 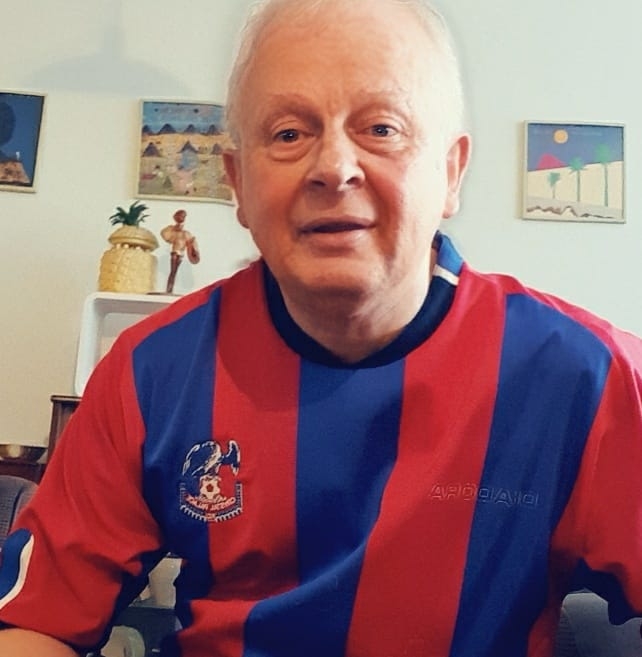 If this is accurate I will have less hair than my dad but I will still have a great football team in my heart.